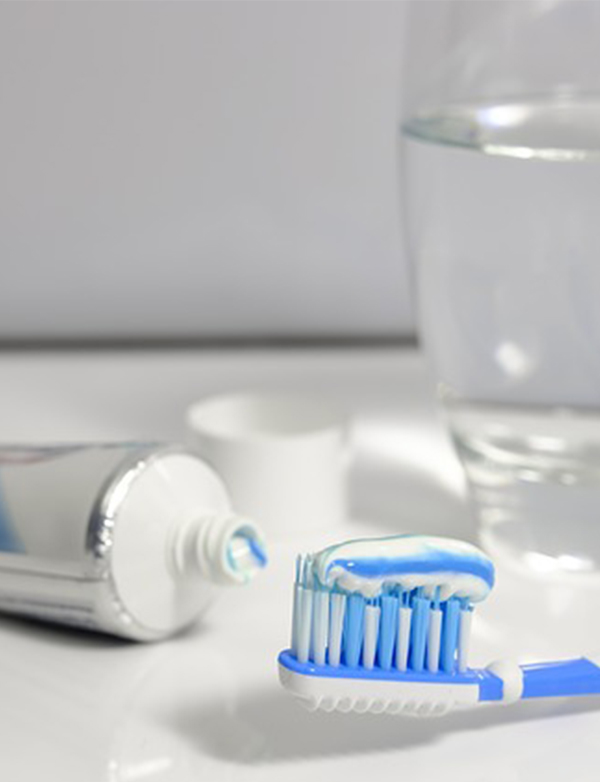 Can’t ever find the time to take care of your teeth? About half of all adults don’t floss daily, and one in five don’t brush twice daily — so you’re not alone.

But you may want to reconsider.

The mouth is a gateway into your body’s overall health.

It’s almost impossible to prove a cause-effect relationship between dental neglect and various conditions because researchers would have to create a control group that ignored their teeth completely for a long time — something that would likely be harmful enough to be considered unethical.

But there’s mounting evidence that shows an association between poor dental hygiene and a wide variety of ills.

You should visit the dentist at least twice a year, and brush twice a day for two minutes and floss once a day. If you choose to ignore this advice, you know you’ll get cavities — but here are 13 other things you’re at risk of.

Most people don’t realise this, but your gums are not supposed to bleed when you brush and floss. If yours do, you probably have gum disease — or are at least well on your way.

Gingivitis, the milder form of gum disease, makes gums red, swollen, and quick-to-bleed — part of a response to the bacteria in the plaque that builds up between your teeth and gums. More than half of the population have gingivitis.

If plaque spreads, the immune response heightens and can destroy tissues and bones in the mouth, creating pockets between the teeth that can become infected. At this severe stage, gum disease is called periodontitis, and it can become chronic. Google “periodontitis,” and you might become more vigilant about oral hygiene.

If you’ve never worried about losing your teeth, you should start. Adults 20 to 64 have lost an average of seven (permanent) teeth, and 10% of adults between 50 and 64 have absolutely no teeth left. Both cavities and gum disease can end in tooth loss.

Bad breath, clinically called halitosis, may affect as much as 65% of the population. A number of conditions can have halitosis as a symptom, but the number one by far is poor oral hygiene.

Food particles that linger long after meals can start to stink, and the less you brush and floss, the more potentially malodorous bacteria build up in your mouth. The coating on your tongue is also a key contributor to bad breath, and some research has suggested that cleaning your tongue — along with regular brushing and flossing, of course — may help reign in this problem.

A large, long-term study of aged cared residents at a retirement community suggests that there may be a link between poor dental health and dementia, although it’s possible that people with better oral hygiene have better health habits in general.

Researchers followed 5,468 people for 18 years and found that — among those who still had teeth — those “who reported not brushing their teeth daily had a 22% to 65% greater risk of dementia than those who brushed three times daily.”

In addition, a small study found that the brains of patients with Alzheimer’s had more bacteria associated with gum disease than did those belonging to the cognitively healthy.

When pathogens lurk in your mouth, you inhale them right into your lungs, where they can wreak all kinds of havoc.

One major review pointed to this process as the reason for an association between poor oral hygiene and hospital-acquired pneumonia.

Improving oral hygiene reduced the incidence of such pneumonia by 40%.

Another study of 315 patients in a Brazilian hospital found that those with periodontitis were almost three times as likely to have pneumonia.

A connection between dental disease and erectile dysfunction may seem remote, but preliminary research suggests that the conditions could be linked.

They both have been tied to Vitamin D deficiency, smoking, and general inflammation, but the exact reason for the association is still a mystery.

One study in rats found that periodontitis impaired penis function. While it’s unclear whether the same direct effects would be found in humans, in a group of patients between 30 and 40, 53% of those with erectile dysfunction had severe periodontitis, while only 23% of those without ED did.

Often caused by bacterial infection, an abscess is a collection of pus, with swelling and inflammation around it. In the brain, it is fatal if left untreated.

A poor dental condition, notably destructive periodontal disease, can be a risk for life-threatening disease in other parts of the body, noted a team of scientists who pinpointed a patient’s extremely poor dental health as the likely cause of his life-threatening brain abscess.

Brain abscesses are rare, and there has been no systematic study linking them to bad dental hygiene. But the authors noted at least 12 other case reports of brain abscess that pointed to poor dental hygiene as the probable cause.

Dentists have long known that diabetes is a risk factor for periodontitis, but now research is beginning to indicate that the relationship may be bidirectional.

Extremely poor dental health may also be a risk factor for insulin resistance (often called “pre-diabetes”) and diabetes, largely because it increases inflammation.

Some studies have even indicated that in patients with both conditions, reigning in periodontitis may improve diabetes control.

About 4% of adults have chronic kidney disease, but certain people are more at risk.

Adults with no remaining teeth were also 11 times more likely to have chronic kidney disease.

While dental conditions are not the strongest risk factor — people older than 60 are 27 times more likely to have chronic kidney disease than younger people, for example — another study confirmed that poor dental health may be a significant risk for kidney disease, even after controlling for underlying health conditions that may contribute to both.

Multiple studies have suggested that there may be a connection between gum disease and heart disease, both of which are associated with inflammation.

Periodontal disease caused by pathogen bacteria… could represent one of several possible causal factors of heart disease, concluded another.

The authors of a 2008 review for the U.S. Preventative Services Task Force recommended that periodontal disease is considered a marker of risk for heart disease, independent of traditional risk factors — even though they noted a lack of evidence demonstrating a causal relationship.

But a scientific statement from the American Heart Association in 2012 urged caution: Periodontal disease and heart disease share many underlying risk factors; there’s no reason to think that dental problems directly cause heart disease, and treating periodontitis reduces inflammation.

Gingivitis affects 60 to 75% of pregnant women, and it’s especially important that expectant mothers tend to their teeth.

When pregnant women have serious dental problems, their infants are more likely to develop cavities. Poor maternal oral health is also associated with low birth weight and preterm birth, although there’s not enough evidence yet to know whether it’s an independent risk factor.

Researchers suspect that one of two mechanisms may be at play: Either overall inflammation is heightened, or oral bacteria that enter the bloodstream eventually colonize the placenta, causing an inflammatory response.

In people with periodontitis, the plaque that forms in the pockets beneath the gum line can become a reservoir for Helicobacter pylori, the bacterium that is asymptomatic in most but is responsible for stomach ulcers when it flares up.

Helicobacter pylori can be transmitted orally, and large epidemiological studies have found a positive association between periodontitis and a positive test for the bacterium, which is also a risk factor for stomach cancer. Different researchers have come to somewhat different conclusions, but the bacterial pockets that form during periodontitis unquestionably pose a risk for various kinds of bacterial growth.

Recent evidence suggests that the extent and severity of periodontal disease and tooth loss may be associated with an increased risk of malignant disease, concluded one researcher, after reviewing previous studies suggesting an association between poor oral health and cancer.

Gum disease and dental problems are also associated with HPV, which causes up to 80 per cent of oral cancers. While smoking is a major risk factor for both gum disease and cancer, a study last year of 3,439 people identified poor oral health as an independent risk factor for HPV, even when smoking habits were accounted for.

Other preliminary research has suggested that periodontitis may promote the growth of cancerous cells in the mouth.

Don’t let a dental problem ruin your health – call us today to book a consultation and dental health check 07 3720 1811.