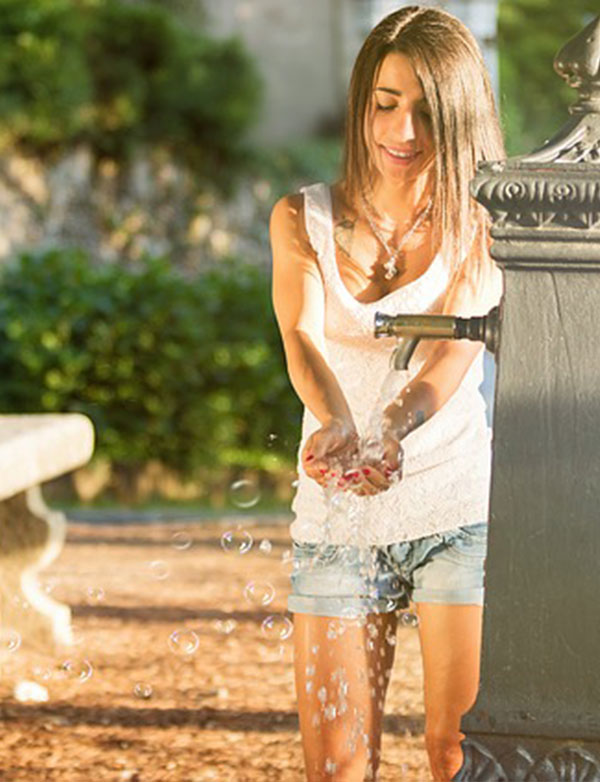 The dental profession would like you to believe that there are no dangers form fluoride and that fluoride is perfectly safe. When asked you will be told that fluoride does not pose any risk of harm to your health. Dentists regurgitate what they were taught often without having given it further concerted research or deeper thoughts.

However there are many research studies that show ingesting fluoride as little to no effect on reduction of tooth decay yet show fluoride does pose a threat to health.

Here are 6 researched dangers of fluoride:

1. Fluoride may cause damage to the brain and central nervous system

One major cause of concern when ingesting fluoride is the potential it may have to negatively affect the central nervous system (CNS). A famed study by Phyllis Mullenix was one of the first occasions on which this CNS effect was quantified.

This well-designed study, using the latest technology available at the time, was conducted in the mid-1990s on rats.

Emphasis on the study came from reports from China that high levels of fluoride in drinking water had been seen to affect the CNS preceding skeletal fluorosis. The animals were given varying levels of fluoride at multiple stages of development and compared with controls.

Mullenix discovered that fluoride treatment during foetal, weaning and adult development all had pronounced behavioural effects, even when the plasma (blood) levels of fluoride did not seem to be all that elevated. Prenatal exposures seemed to result in hyperactivity symptoms, whereas weaning/adult exposures both resulted in “cognitive deficits.”

Another brain-related danger of fluoride is the potential that it may result in lower IQ’s. Studies have found varying degrees of IQ disparity, from a 2.5-point drop to a 7-point difference in children exposed to fluoridated water versus those who are not.

The meta-analysis that reflected a 7-point change in IQ was conducted by researchers at the Harvard School of Public Health. Although the results were highly suggestive, the scientists were quick to state that the studies they examined were not conclusive enough to draw any sort of cause-and-effect relationship.

In the 51 human study participants, it was found that moderate-to-severe dental fluorosis was correlated with poorer scores on two types of intelligence tests.

Some are also concerned that the combination of aluminium and fluoride exposure might be a contributing factor to the development of Alzheimer’s disease. In animal studies, rats given sodium fluoride (NaF) had significantly higher tissue aluminium levels and “alterations of cerebrovascular and neuronal integrity.”

Since fluoride crosses the blood-brain barrier, there are a number of effects it could have that are currently unknown.

Fluoride might disrupt circadian rhythms and does alter the level of certain neurotransmitters that are vital to healthy brain chemistry.

1. Fluoride has been associated with moderate cancer risk

A possible risk of fluoride is its potential to influence the risk of certain cancers.

A 1977 study comparing the 10 largest fluoridated and unfluoridated cities at that time found an increase in cancer-related deaths of 18 percent in the fluoridated cities compared to those that weren’t, equating to about 3,000 more cancer deaths per 10 million persons.

One review of cancer instances between 1978–1992 found that:

Cancers of the oral cavity and pharynx, colon and rectum, hepato-biliary and urinary organs were positively associated with fluoridated drinking water. This was also the case for bone cancers in males. Brain tumours and T-cell system Hodgkin’s disease, Non-Hodgkin lymphoma, multiple myeloma, melanoma of the skin and monocytic leukaemia were also correlated with fluoridated drinking water.

Of particular interest in the fluoride debate is the instances of osteosarcoma, a rare form of bone cancer. A relatively small study was published in 1993 finding a 6.9 times increased risk of osteosarcoma among males under 20 years of age in the most fluoridated parts.

The Harvard School of Dental Medicine also conducted a study about this risk and found similar results of an increased risk for young males of osteosarcoma when drinking fluoridated water.

Unlike what was originally assumed, it seems the ingestion of fluoride does not have a positive impact on bone health, and may actually have a pronounced negative effect.

A study conducted in Mexico found an increase in bone fractures and major tooth damage in children exposed to fluoridated water.

Other studies have found an increase in hip fracture risk among the elderly when consistently drinking water fluoridated at 1 ppm.

3. Fluoride is associated with hypothyroidism

4. Fluoride may interfere with sexual development

Fluoride has been found to collect in the pineal gland. A 1997 study using gerbils discovered that fluoride was associated with faster sexual development in the females.

While these results haven’t been tested further in humans, it could be a very important point, as early puberty may possibly lead to issues ranging from short stature to an increased risk of breast cancer.

5. Fluoride is associated with diabetes risk

As diabetes diagnoses are at an all time high, a great deal of research is focused on the ways we can reduce the impact of this reversible condition. A literature review of the connection between fluoride and diabetes, conducted by Dr. Geoff Pain, an Australian chemistry specialist, left the scientist in no doubt of the results.

Pain stated, “There is strong evidence that fluoride causes diabetes … Diabetics are a “sensitive subpopulation” or “vulnerable group” and no attempt has been made by Australian health authorities to warn diabetics about fluoride toxicity or protect them from harmful exposure.

How to Detox Your Body of Fluoride

Eat alkaline: An alkaline diet, designed to balance the internal pH of your body, is one of your best lines of defense in fluoride detoxification. While you excrete 50 percent, on average, of the fluoride you ingest, you can drive that percentage up by maintaining an alkaline environment. Alkaline diets rely a lot on plant proteins and raw fruits and vegetables to help the body rid itself of harmful substances.

Try tamarind tea: Research has found that the popular Indian beverage, tamarind tea, can help your body to detox fluoride from your system. It’s not the easiest tea to find, but might be worth ordering online if you’re concerned about your fluoride exposure.

Increase your selenium intake: A rat study suggests selenium supplementation can help to reduce or reverse the effects of fluoride on the brain. This does not necessarily mean this impact extends to human, but foods high in selenium are also good for your thyroid, heart and may reduce your risk of cancer, so incorporating those foods definitely isn’t going to hurt.

Exercise: That’s right, one of the benefits of exercise may be fluoride detox. A 2013 study in Argentina discovered plasma fluoride levels decreased in rats exposed to moderate exercise versus those who did not exercise. The rats also had reduced insulin resistance, leading the researchers to suggest daily physical exercise may help to avoid the negative effects of fluoride on glucose metabolism.

In addition to detoxifying your system of fluoride, it’s also important to reduce future exposure. There are some methods you can use to protect yourself and your family from excess fluoride.

Eat organic: Many pesticides used on food crops are fluoride-based. Buying certified organic foods means you aren’t exposing yourself to these pesticides. In addition, the more processed a food is, the more fluoride it’s likely to contain, because industrial food-making involves using fluoridated water.

Purchase a (specific) water filter: Unlike what you might expect, not all water filtration systems work to reduce or eliminate fluoride. However, there are three types that you can utilize in your home that will filter out fluoride: reverse osmosis, deionizers (using ion-exchange resins) and activated alumina. Activated carbon filters, like the typical brands you might see advertised for the home, do not filter fluoride.

Find fluoride-free toothpaste and mouthwash: Especially if you have youngsters in the home who may be apt to swallow toothpaste, you can protect them from fluoride exposure by using unfluoridated dental products instead of the now-popular fluoride options. Although there may be some dental benefits to the topical use of fluoride in these products, it may be your preference to avoid it altogether.

Use alternative water sources: It is unfortunate to see the dangers that both tap and bottled water pose, but various people are trying to do something to correct this problem. For example, many communities can take advantage of a water delivery service — just be sure to double-check the water has been filtered to remove fluoride. Another option for some people is the much newer option of boxed water, which doesn’t present many of the risks of bottled water and is also absent fluoride.

Take action in your community: The number of fluoridated communities actually decreased in the U.S. from 2012–2014, largely due to people taking action to tell their local leaders they no longer wanted to fluoridate their community water. Communities around the globe are taking this action. As you become more informed, don’t be afraid to use your voice to let your leaders know the dangers of fluoridation.

Fluoride or Not Fluoride – it’s up to you

Fluoride is a complex topic for many concerned about their health because of the opposing views on the benefits and dangers of fluoride. The issue of fluoride is far from settled and this chemical is very likely a health hazard when consumed regularly in large amounts.

When you apply fluoride to your teeth in the form of toothpaste or mouthwash, certain benefits might come to light, such as stronger teeth. However, these benefits seem to be overstated at best.

Fluoride is commonly found in food products, some medications and other sources. Scientific evidence leads me to believe the dangers of fluoride probably include central nervous system damage, potential cancer risk, an increased risk of bone fractures, thyroid dysfunction, sexual development disturbances and an increased risk of diabetes and related complications.

Above all, remember that these effects are cumulative. It would be virtually impossible to avoid all sources of fluoride at all times, but by following the detox guidelines, you will greatly decrease your exposure to this substance and reduce your risk of toxic side effects.

I urge you to examine as much as you can about fluoride so that you can make informed choices based on what you feel is right for you.