Are Mercury Amalgam Fillings Bad For You? 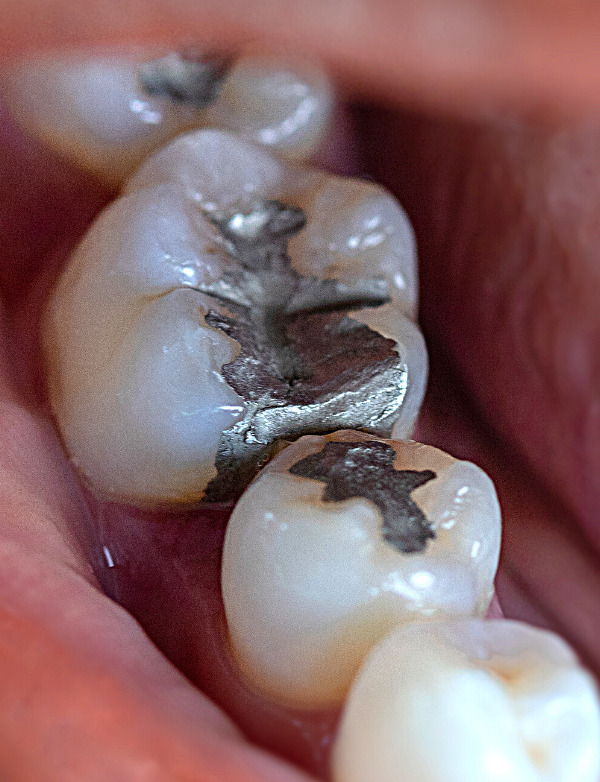 Silver fillings contain mercury – so it would be good to question if mercury amalgam fillings are bad for you. We know that mercury is a toxic heavy metal so why is it mixed into a filling material and placed into your teeth? Brisbane holistic dentist Dr. Rachel Hall of Evolve Dental Healing Kenmore discusses the implications of mercury-containing dental fillings.

WHAT IS In Those MERCURY FILLINGs AND IS IT JUST MERCURY?

No, it is not just pure mercury. It is actually called an amalgam filling because it is a combination of metals. These include silver, mercury, tin, zinc and copper. This combination has been the most popular filling material used in dentistry for the last almost years. Dental amalgam is made of between 45 and 54 percent mercury. Amalgam fillings are commonly called “silver fillings” – a marketing strategy to make consumers/patients think that the filling is mainly silver, when in truth it is mainly quicksilver aka mercury.

WHY IS MERCURY USED IN AMALGAM FILLINGS?

Mercury is used in amalgam fillings because it helps make the filling material pliable and workable. When mixed with the alloy powder, it creates a soft enough compound to mix and press into the tooth. But it also hardens quickly and can withstand the forces of biting and chewing. Dentists are trained that once the mercury is mixed in with the other metals it is now bound with the filling material.

ARE MERCURY AMALGAM FILLINGS BAD FOR YOU?

Mercury is the most poisonous, non-radioactive, naturally occurring substance on our planet. There is no safe level of mercury exposure. Mercury is one of the most toxic neurotoxins and easily destroys brain tissue and brain cells. It’s a scientific fact that toxic mercury vapour is continually being released from amalgam fillings. This causes an accumulation of mercury in the body over time and the body loses its effectiveness at removing mercury due to the overload, so it becomes more toxic.

HOW DOES MERCURY IN AN AMALGAM FILLING AFFECT THE BODY?

If you have amalgam fillings, then every time you eat or chew, visit the dentist for dental work or even a simple teeth clean or drink hot coffee, mercury vapours are released into your oral cavity, where they can be absorbed into your bloodstream causing damage to the lungs, kidneys and the nervous, digestive, respiratory and immune systems.

The poisonous vapours are odourless, colourless and tasteless so you won’t be able to tell that they’re there – yet you are breathing them in every day.

THE REAL AND ONLY REASONS MERCURY AMALGAM FILLINGS ARE STILL USED

Mercury amalgam is easier and cheaper than other more biocompatible restorative methods like tooth coloured fillings and ceramics, and many dentists use the excuse that “everyone is still doing it”. But the truth is that amalgam fillings are primitive, outdated, and dangerous to one’s health. It has never been tested or approved but has been ‘grandfathered’ in as it was already in use there for it has never undergone rigorous trials and safety testing. If amalgam were invented today there is no way with that level of mercury content that it would be approved for use.

CAN AMALGAM FILLINGS BE REMOVED AND REPLACED WITH SAFER More Natural BIOCOMPATIBLE MATERIAL?

Yes of course and as a holistic dentist I have replaced over 20,000 amalgam fillings for my patients in the last 15 years alone. But the procedure must be done with extreme caution so as to avoid the possibility of being exposed to mercury during the process. Many people are deciding they want to have their silver amalgam (mercury) fillings removed. However, if the procedure is not done right, it can cause a tremendous amount of mercury to be absorbed by the body and make one ill. To help prevent this, safety precautions are used by our office, so the person won’t swallow or breathe mercury vapour while the fillings are being removed. These protocols we follow SMART – safe mercury amalgam removal technique.

Mercury vapourises at room temperature. So as soon as the dentist touches the filling with a drill, the temperature soars, and the mercury vapour comes pouring off the fillings. Then when you take a breath it goes right into your lungs. To prevent this from happening, we have developed a highly state-of-the-art routine to ensure the safety of the patient, doctor, and staff.

To find out more about amalgam mercury filling replacement please consult a holistic dentist who is SMART certified like Dr. Rachel of Evolve Dental Holistic Dentist Brisbane. We will guide you through our 6 Step Amalgam Removal Process and ensure we safely remove any and all of your amalgam fillings and replace them with the highest grade biocompatible fillings and restorations.