Fluoride in the Drinking Water 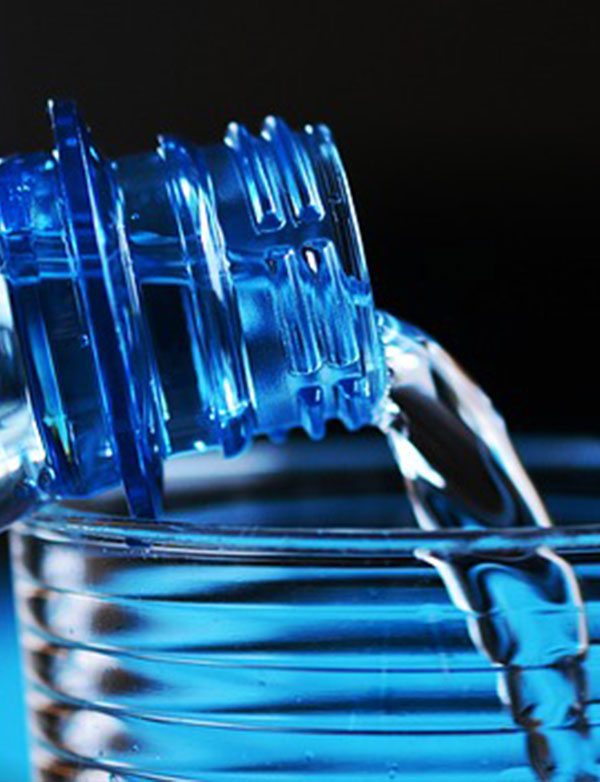 Drinking fluoride added to the water supply is sold to us as the greatest health initiative ever to be carried out for our dental health. However, there are many concerns over the safety and efficacy of drinking fluoride.

Dr Rachel Hall, Brisbane holistic dentist uncovers the issues around drinking fluoride and whether it is actually safe to do so.

Every capital city in Australia, including Brisbane since the end of 2009, fluoridates its water supply in an attempt to reduce dental decay as do many European countries yet dental decay still continues to increase.

Several countries that fluoridated their drinking supply have or are planning to cease its use as it is no longer cost effective nor is it producing the reduction in dental caries once expected.

Fluoride when ingested in the form of tablets, drops or in drinking water is claimed to reduce dental caries (tooth decay) as it is supposed to strength the tooth enamel as it forms while the teeth are developing in the jaws.

All the adult teeth have fully formed enamel (except the wisdom teeth) at around 6-7 years of age so it can be assumed that the ingestion of fluoride past this point is no longer beneficial to the teeth. Over this age the same claimed benefits can then be achieved from the use of topical applications of fluoride via a toothpaste or mouthwash and so on.

The Claimed Benefits  of Drinking Fluoride

So why do we need to drink fluoride from our water supply if it is not as beneficial as claimed?

The experts tell us that fluoride is present in such small concentrations that it is of no concern and that it actually helps to keep our enamel strong no matter what our age.

However, 1 part per million (ppm) of fluoride in the water supply is an amount not a dosage. One individual may drink a small quantity of water while another drinks several litres a day.

Obviously one person is consuming much more fluoride than the other in this case. It also does not take into account fluoride exposure from other sources like toothpaste and foods.

So why all the fuss if fluoride is considered to be safe?

Exposure to high doses of fluoride can cause many health problems with symptoms ranging from mild like fluorosis (mottling of the enamel) to severe like poisoning and even death.

Chronic exposure to ‘safe’ doses consumed over a period of time can be detrimental to health as fluoride is a persistent bioaccumulator and it builds up in the bones.

Those who support the addition of fluoride to drinking water claim that the benefits outweigh the risks, and that adding fluoride to water is necessary to reduce the incidence of dental caries. However there is no credible scientific evidence to support this. The key initial studies purporting to demonstrate the effectiveness of fluoride in fighting tooth decay were performed in the 1940s.

These studies are now being called into question due to their dubious scientific quality. It should be noted that scientific research of this era also claimed that smoking cigarettes was harmless!

Research has shown that there has been a reduction in tooth decay over time, in areas with fluoridated water supplies. However similar declines in tooth decay have occurred in virtually every western country, including those without fluoridated water. So it is reasonable, and logical, to assume that a decline in tooth decay is due to other factors such as better oral hygiene practices and easier access to dental health services.

However studies carried over the last 20 years are now showing dental decay is again on the increase in all areas, hence the push to fluoridate Brisbane’s water supply. This increase in decay, however, is more likely to be due to the over consumption of carbonated soft drinks and the rise in processed and refined foods in our diets and not a lack of fluoride.

The two most common forms of fluoride added to our water are sodium hexafluorosilicate and sodium fluoride. They are also commonly used as pesticides. These compounds are obtained as waste products from the fertilizer and aluminum industries. This toxic waste must be disposed of somewhere and if it is not used as an additive to water, manufacturers would have to pay millions of dollars to dispose of it properly.

Fluoride is added to our water at the ‘optimal’ dose of 1ppm (equal to 1 mg/l). This dose was set in the 1940s and based on the assumption that the total intake of fluoride would be 1 mg/day, about 4 glasses of water. However, today fluoride is also present in virtually everything we consume. A fact that is not taken into consideration when determining fluoride levels in drinking water.

Because of the increase in fluoride exposure from all sources combined, the rate of dental fluorosis has increased significantly over the past 50 years. Dental fluorosis (discolouration and pitting of the teeth) is often touted as simply an aesthetic problem, however it is actually the first visible sign of fluoride poisoning.

Babies should not be given fluoridated water

Death may result from ingesting as little as 2 g of fluoride in an adult and 16 mg/kg in children. Symptoms may appear with 3-5 mg/kg of fluoride.

Fluoride’s benefits come from topical contact with teeth (eg. toothpaste), not from being swallowed. Our bodies do not need a fluoride supplement to maintain optimum health or function. Ever seen sodium fluoride in your multi-vitamin? Fluoridated toothpaste is both readily available and affordable.

99% of tap water is not consumed as it ends up down the drain, on the garden, is used to wash clothes, dishes, in the shower or bath, and so on. There is absolutely no need for fluoride to be added to drinking water.

The first use of fluoridated drinking water was in Germany’s Nazi prison camps, allegedly to sterilize humans and force the prisoners into calm submission.

Sodium fluoride is a common rat poison and was used in nerve gas.

Fluoride can diminish bone strength and increase the risk of fractures. According to the NRC, fracture risk may be increased at levels as low as 1.5 ppm.

Fluoride can interfere with the function of the thyroid gland, resulting in iodine deficiency. Iodine deficiency is the most common cause of brain damage and mental disability in the world.

Most people are aware of the fact that chlorine reacts to form numerous compounds, such as chloramines, after it is added to our drinking water. However many people are not aware that fluorine is much more reactive than chlorine and is capable of forming any number of deadly compounds.

Fluoride has a strong affinity for aluminum, forming aluminum fluoride. It ‘tricks’ the body into thinking it is a hydrogen atom, allowing it access across the blood-brain barrier. Research has shown a link between aluminum fluoride and brain cell damage. Low levels of sodium fluoride and aluminum fluoride found in ‘optimally’ fluoridated water can cause severe kidney damage and lesions in the brain similar to those found in Alzheimer’s and other forms of dementia.

Most water filters do not remove fluoride and those that claim they do only remove between 40-60%.

It is unnecessary to add fluoride to the drinking water as the claimed benefits can be achieved by the use of topical fluoride like toothpaste or mouthwashes.

1ppm of fluoride is an amount and not a dosage and does not consider how much fluoride you are getting from other sources.

Fluoride in excess is a poison – toothpastes in the USA carry a poisons warning as there is enough fluoride in one tube that if swallowed by a small child could lead to death.

The debate will continue to rage over the safety and effectiveness of fluoride and its potential health risks. However, adding fluoride to the drinking supply takes away the individuals freedom to choose whether they want to use or be exposed to fluoride or not.

Dr Rachel Hall of Evolve Dental Kenmore in Brisbane is a holistic dentist who does not advocate the use of fluoride and hence our practice is fluoride free and promotes diet and lifestyle to support healthy teeth and gums. If you are looking for a dentist who is against fluoride and puts your health first then contact us today and book a consultation 07 3720 1811