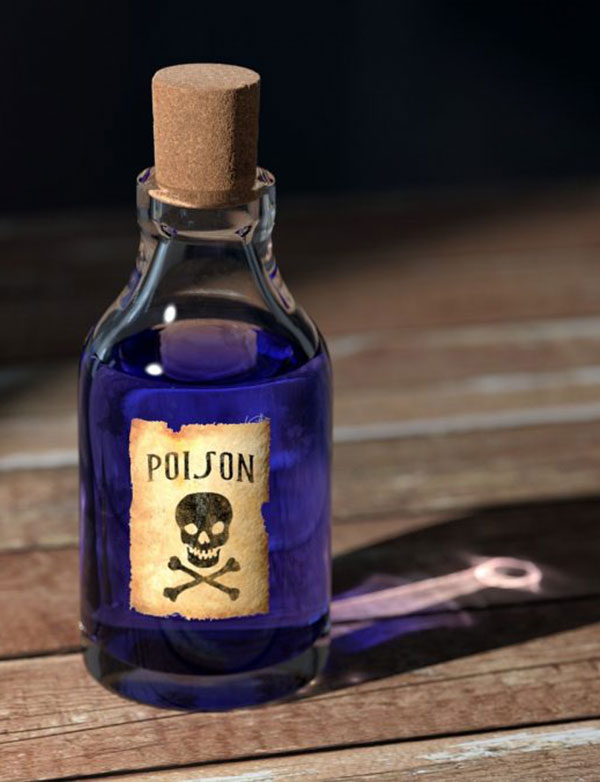 How Did Fluoride End Up In Our Water?

Fluoride in the drinking water – should we be concerned or is it nothing to worry about as you’ve heard it reduced dental decay?

Is fluoride a good or a bad thing? Well as a dentist you’d probably expect me to say it’s a good thing seeing as it supposedly reduces tooth decay. So it might surprise you to hear me say as a holistic dentist I actually don’t think it is so good for us. Essentially fluoride is a poison and it is not a nutrient, vitamin or mineral that our body needs to be healthy or survive. Also you don’t get tooth decay because you have a fluoride deficiency! Just to clear that up there is no such thing as being fluoride deficient because your body doesn’t require it to function.

Fluoride is not a nutrient, no physiological reaction in the human body requires fluoride, and fluoride is not required for any aspect of human growth, development or reproduction.

So let me explain why I am not such a big fan of fluoride. Fluoride is everywhere due to the dosing of public water which first started in 1945 and was added to the Brisbane water supply where I live in 2009. The belief is that fluoridation would prevent cavities in children. The first area to be fluoridated was in Michigan in the USA and statistics reported a 60% reduction in tooth decay in 30,000 school children. And that was the green light to add to the water supplies across the globe.

The claim is now that water fluoridation reduces tooth decay by around 25%.

As I said tooth decay is not caused by a deficiency in fluoride. Its role in water and toothpaste is intended to harden the enamel outer layer of your teeth and hence make them more decay resistant.

But and this is a big but that is not all that fluoride does to our body. It upsets a protein called collagen, which is like the scaffolding building block for many structures. This disturbance of collagen causes damage to bones, teeth, connective tissue, arteries and skin. The fluoride unwraps the collagen protein making it useless for its purpose.

Fluoridation of the water is mass medication without consent of populations, it is not a measured dosage and it is not given with any respect for your pre-existing health or any other medications that you may be on.

Fluoride when ingested in the form of tablets drops or in drinking water is claimed to reduce dental caries (tooth decay) as it is supposed to strengthen the tooth enamel as it forms while the teeth are developing in the jaws. All the adult teeth have fully formed enamel (except the wisdom teeth) at around 6-7 years of age so it can be assumed that the ingestion of fluoride past this point is no longer beneficial to the teeth. Over this age the same claimed benefits can then be achieved from the use of topical applications of fluoride via a toothpaste or mouthwash and so on.

So why do we need to drink fluoride from our water supply if it is not as beneficial as claimed?

The experts tell us that fluoride is present in such small concentrations that it is of no concern and that it actually helps to keep our enamel strong no matter what our age. However, 1 part per million (ppm) of fluoride in the water supply is an amount not a dosage. One individual may drink a small quantity of water while another drinks several liters a day. Obviously one person is consuming much more fluoride than the other in this case. It also does not take into account fluoride exposure from other sources like toothpaste and foods.

Chronic exposure to ‘safe’ doses consumed over a period of time can be detrimental to health as fluoride is a persistent bio-accumulator. Fluoride has been linked to brittle bones, thyroid disorders, iodine deficiency, kidney disease and brain cell damage. If you have symptoms of irritability, anxiety or nervousness; you could actually be suffering from fluoride exposure. It can also cause abdominal cramping, diarrhea and constipation. It can even cause lack of mobility and joint stiffness.

The debate will continue to rage over the safety and effectiveness of fluoride and its potential health risks. However, adding fluoride to the drinking supply takes away the individuals freedom to choose whether they want to use or be exposed to fluoride or not.

Fluoride is actually a poison so how did it end up in our water?

The fluoride in our water started out as an industrial waste byproduct of aluminium production. In the early 1900’s manufactures dumped fluoride in landfill and rivers until it was discovered to be poisioning nearby crops and making livestock sick.

This was a problem as it meant the aluminium manufactures who had no means to dump their by-products and had to find another way to get rid of this fluoride waste.

In 1931 researchers found a link between fluoride and tooth decay so the aluminuim company who set up their own research institute sent a dentist to study remote towns with naturally occurring high concentrations of calcium fluorides in their water wells.

Through the studies the dentist found a link between high fluoride in drinking water and mottled tooth enamel – called dental fluorosis. This mottling is caused by damage to the enamel formation from having too much fluoride.

The aluminium research centre called the Mellon Institute’s aim was to support industries. They produced research showing asbestos was safe and did not cause cancer for example. The research was done to help companies find ways to get rid of their toxic waste. One of their scientists in 1939 contended that rather than removing fluoride from food and water they should allow a level of contaminate of 1 part per million as it would prevent dental decay.

The Mellon Institute went on to produce reports that assured fluoride was non-toxic and would be beneficial to add to the drinking water for healthy teeth. These reports were supported by the American Dental Association.

Is this not similar to the tobacco and sugar industries sponsoring their own research to show no harm?

In the mid to late 1940s a group from the US Health Department was set up to look at the effects of fluoride. These studies were classified and not released for a long time after, showed that fluoride was detrimental to living organisms with effects on the central nervous system leading to drowsiness, mental confusion and lethargy.

Fluoride was defined in 1950 as a violent poison to all living tissue.

It was also stated that continuous ingestion of non-fatal doses cause permanent inhibition of growth and the use of fluoride containing toothpastes and internal medicaments is not justified.

This was later removed as it became politically correct to support the ongoing public fluoridation programs in order to prevent tooth decay.

Interestingly at the same time as fluoride was being declared a violent poison the US Public Health service officially endorsed the concept of adding fluorides to the public water supplies! This was the same year that ALCOA Aluminium’s plant in Canada was found guilty of dumping tones of toxic fluorides each month into the nearby river resulting in the death of many head of cattle.

As it can be seen there has been a lot of subterfuge around fluoride no different to the tobacco industry and more recently the expose on sugar.

There have been numerous studies that confirmed the risks for fluoridation. Yet these were and have been ignored.

Thankfully is now illegal to for industry to dump fluoride into lakes and rivers but somehow it is considered perfectly fine to put it in our drinking water and toothpaste. A bit like mixing mercury into dental amalgams and implanting it into your teeth.

Fluoride Exposure Levels – How Much Are We Really Getting?

These days our exposure to fluoride is greater than ever as our commercial crops are watered with fluoridated water so the food we eat absorbs fluoride, which we then ingest. Fruit juices made from concentrate are reconstituted with fluoridated water, food products are manufactured with it and even some bottled waters contain it.

If you live in a fluoridated are you are drinking it and bathing in it and being exposed to it every day.

Originally sodium fluoride was added to our water supplies today it is hydrofluorosilicic acid, which is an industrial by-product from the phosphate feriliser industry.

In the US alone it is consumed by over 140 million people.

Silicofluorides have never been submitted to the FDA (food and drugs administration) for approval. They are banned in most of Europe with the EU having human rights legislation that makes it illegal to fluoridate the water with them.

Plenty of scientists have spoken out against the modern day use of fluoride to the point that they even got fired from their positions. One such study showed that fluoride is a neurotoxin and causes effects such as hyperactivity, memory problems and IQ problems in lab rats. The woman who conducted this study was fired from Harvard and her career destroyed.

In 2015 after a growing body of scientific studies that found over exposure to fluoride contributes to serious health concerns the recommended level of fluoride was lowered to 0.7 ppm from the 1-1.2 ppm recommended in the 60’s but water suppliers don’t have to conform to this as it is yet to be enforced.

So fluoride, a violent poison has been added to the water in the guise of what could be termed a fake oral health policy, is prevalent in our food chain and we are swallowing it and absorbing it into our systems despite the fact that we don’t really see dramatic reduction in decay rates in fluoridated verses non-fluoridated populations and without any proper trails or proof that is does no harm or of its efficacy in reducing tooth decay.

In fluoride part 2 I will discuss the harms of fluoride to the body and the teeth.

Looking for a dentist that does not use fluoride and uses natural tooth enamel reminerlaising alternatives then give us a call today 07 3720 1811 for a holistic dentist who cares about your health and wellbeing.