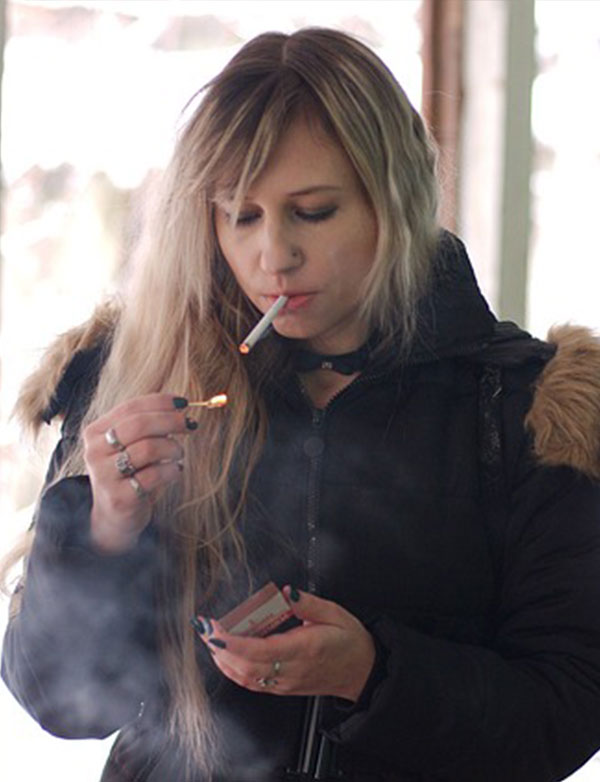 Heavy smokers experience sadness after quitting. A study suggests this may be because early withdrawal leads to an increase in the mood-related brain protein monoamine oxidase A (MAO-A). Don’t let feeling sad make you want to quit when it comes to stopping smoking.

But could it be possible that people who smoke do so because they feel sad and smoking helps them to not feel their sadness so when they quit they actually get to feel where they are at?

The study used an advanced brain imaging method and discovered that MAO-A levels in the brain regions that control mood rose by 25 per cent eight hours after withdrawal from heavy cigarette smoking. These levels were much higher than in a comparison group of non-smoking study participants. All 48 participants filled out questionnaires, and smokers with high brain MAO-A levels during withdrawal also reported greater feelings of sadness.

These feelings of sadness during cigarette withdrawal are important because this sad mood makes it hard for people to quit, especially in the first few days. Also, heavy cigarette smoking is strongly associated with clinical depression. MAO-A “eats up” chemicals in the brain, such as serotonin, that help maintains a normal mood. When MAO-A levels are higher as in early cigarette withdrawal, it means that this removal process is overly active, making people feel sad.

A specific substance in cigarette smoke, called Harman, may be responsible for these changes, the researchers note. During active smoking, Harman attaches to MAO-A. During early withdrawal in heavy smokers who had 25 or more cigarettes a day, MAO-A levels rose rapidly to a level beyond that seen in the comparison group.

This study proposes that it opens new ways to prevent sad mood during cigarette withdrawal to make it easier to quit smoking. For example, it may be possible to improve the existing cigarette filters that partially screen out Harman, or regulate the amount of tryptophan contained in cigarettes, since tryptophan becomes Harman when it burns. The researchers also identified MAO-A as a target to shut down during the early critical stage of withdrawal with a short course of medication, but this requires further study.

For me it would make more sense to address the smokers sadness and emotional reasons for smoking first so they can deal with their issues and thus the need to smoke would no longer exist and they would naturally quit smoking with no emotional withdrawal.