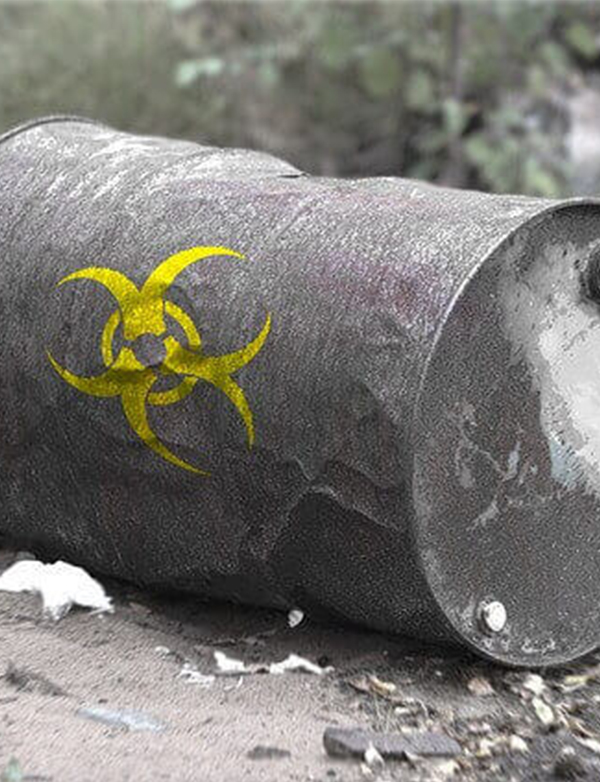 Mercury toxicity is an unrecognised plague. Mercury is a heavy metal which is widespread throughout air, food and water. Annual worldwide emissions are estimated at 2200 tonnes. One-third of emissions are from natural sources such as volcanoes and 25% comes from the combustion of fossil fuels, particularly coal.

Mercury-containing thimerasol has been removed from all vaccines except the influenza vaccine.

Human activities may have doubled or tripled the amount of mercury in the environment in the last 150 years.

Attention was focused on mercury when it was discovered that thousands of people had been poisoned by industrial dumping or mercury waste into Minamata Bay in Japan from 1932 until 1968. Over 5000 people developed mercury toxicity and 456 eventually died. Children were born with deformities and mental retardation.

Environmental studies have warned that emissions of mercury from coal-fired power plants pose a serious health risk. American studies have shown at least 8% of American women of childbearing age have blood levels of mercury that are a risk to a foetus.

That percentage is falsely low because mercury estimates were done from blood and hair samples. Blood and hair tests are not accurate in assessing the body burden of mercury.

Mercury quickly leaves blood and is deposited in tissues. Blood tests can be useful in looking for clues to the presence of mercury in tissues as long as the right tests are requested and they are interpreted correctly. If you don’t ask the right questions you won’t get the right answers. Many people do not excrete mercury into their hair and hair analysis mainly detects methyl mercury.

Studies have shown that 90% of the mercury in our bodies is elemental mercury, not methyl mercury. The only reliable way to determine mercury levels is to check values in urine after administration of a chemical which binds tissue mercury and allows it to be excreted (known as a chelating agent). Levels greater than 5ug/l (5 millionths of one gram) have been shown to be associated with human toxicity.

How much mercury does it take to start getting problems?

For elemental mercury, a No Observed Adverse Effect Level (NOAEL) has not been found. That means that some people react adversely to the smallest amount of mercury that can be measured at the moment.

The World Health Organisation (WHO) states that there is no safe level of mercury in humans that does not kill cells or harm body processes. A paper in Nature in 1988 described mercury as the most toxic of the toxic minerals.

The WHO has found that the highest mercury exposure to humans comes from dental amalgam fillings.

The WHO estimates the daily absorption of mercury in individuals with 5 or more fillings is 23 µg per day.

Autopsy studies have shown higher mercury levels in the brain and kidneys of people with aged amalgams than in people with no mercury fillings.

Amalgam fillings have been banned in Germany, Austria and Sweden. In 1999 the California Dental Board termed mercury amalgams “hazardous”.

The Occupational Safety and Health Administration in the US set the safety limit or mercury in the air at 50 ugs per square meter of air. Measurements of the air in the mouths of people with multiple amalgam fillings have shown levels up to 150ug.

Mercury In The Food Chain

Mercury from coal and industrial waste have filled the oceans and it now contaminates almost all fish. Large predatory fish such as tuna, shark and swordfish can contain 100 times more mercury than smaller fish. Tuna is now so unhealthy that pregnant mothers are warned not to eat it.

Testing in the United States has shown there are 600,000 newborn children with elevated mercury levels on blood testing each year.

The level of mercury in the children is proportional to the number of amalgams the mother has. The neurological and psychological consequences of this are yet to be realised.

Mercury is an incredibly toxic agent. One mercury amalgam filling placed in a large lake would make all the fish in it unsafe for consumption and the water unsafe for swimming.

The risk of developing mercury toxicity is increased by:

What about dentists and mercury?

Dentists have one of the highest incidences of Alzheimer’s disease.

Dentists have one of the highest rates of suicide of any profession.

If you suspect you have mercury toxicity you should:

For more on amalgam removal and mercury toxicity see these links or call us today 07 3720 1811 to discuss removing your dental amalgams.

Amalgam why we do not use it at Evolve Dental Healing