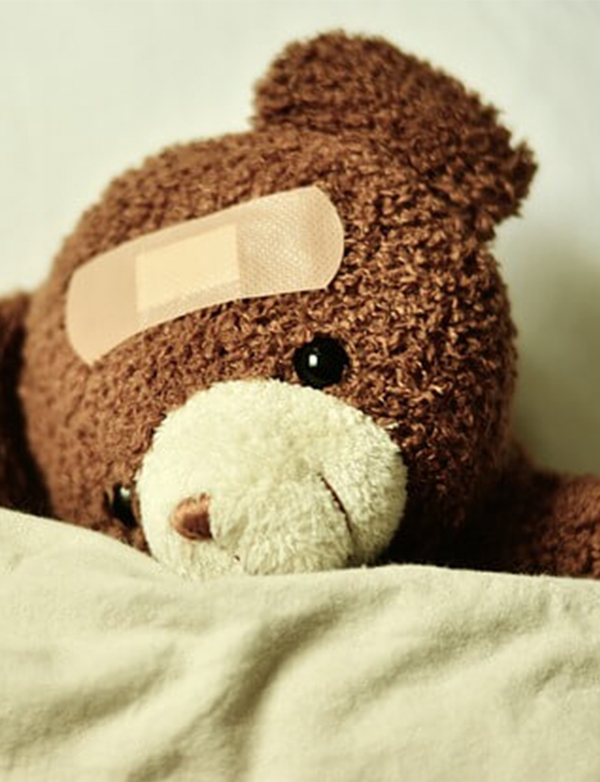 Dental amalgams are 50% mercury. The mercury contained in the amalgam leaches out as a vapour into your body for the lifetime of the filling. Mercury is a highly toxic heavy metal and the mental, physical and emotional effects of mercury on the body have been well documented and known for centuries.

Although you are exposed to mercury through many sources including environmental exposure, eating fish etc, the majority of mercury exposure comes from dental amalgam, the silver fillings in your teeth.

Amalgam was developed over 180 years ago and has never been exposed to any meaningful safety testing. It is a mixture of 50% liquid mercury and 50% powdered metals and it never truly sets, it is, in fact, a stiff paste of alloys in a liquid mercury base.

What Does Mercury Do To Your Health?

Mercury disrupts the biological functions of the body on a number of different levels, which means it can cause a myriad of disturbances, imbalances, illnesses and symptoms in your body.

The following list provides the most recognised symptoms of mercury toxicity. For ease, I have broken them down into regions of the body. This list is extensive but not exhaustive and just because you have or may have some of these symptoms it is not a diagnosis for mercury toxicity.

Up to 80% of inhaled mercury vapour is absorbed through the lungs. From here it travels to all the other tissues and organs of the body in the circulation but particularly concentrates within the kidney, liver and brain.

The presence of mercury in the lungs causes chronic breathing disorders including:

Mercury binds tightly to nerves and fats, so it is readily absorbed into the brain and nerve endings that regulate all the functions of the body. It prevents nerves regenerating and disrupts nerve function.

Mercury from amalgam crosses the blood-brain barrier and can damage any part of the central nervous system including the master endocrine glands at the base of the brain which control both the nervous and hormone systems.

Mercury can produce a host of mental, emotional, and behavioural changes and what are considered ‘psychiatric’ disorders by disrupting neurotransmitters, interfering with endocrine gland function and hormones and causing the destruction of nervous pathways.

The effects of mercury on brain function include:

Mercury is also known to have profound effects upon mood including:

The ability of mercury to induce ‘mercury madness’ is well recognised and symptoms include:

Mercury collects in the reproductive organs where it can cause a variety of disorders including infertility.

It is known to directly cross the placental barrier in pregnant women and also to concentrate in breast milk and mercury levels in newborn babies have been shown to be directly related to the number of amalgam fillings in the mother’s mouth.

The symptoms of mercury toxicity in both sexes include:

Mercury from dental amalgam fillings is also recognised to severely impact kidney function such that animal studies have shown a 50% reduction within a month of placement of the first amalgam filling.

Effects of mercury on the urinary system include:

The Cardiovascular System And Heart

Mercury collects in the heart muscle and valves and has been found at 22,000 times the levels found in the blood.

Mercury is strongly associated with elevated levels of homocysteine and cholesterol and heart attacks.

It also causes red blood cells to rupture and replaces the iron in haemoglobin so that the oxygen carrying capacity of the blood can be reduced by half. Mercury also causes a weakening in the walls of the small blood vessels leading to the reduced blood supply to the organs and tissues.

The cardiovascular symptoms of mercury poisoning include:

Mercury disrupts hormone production and release from the endocrine glands, and also blocks the receptors which allow the hormones to send messages to cells and organs.

The endocrine system has a high requirement for specific trace minerals and accumulation of mercury within the glands may occur because of the chemical similarity to the essential mineral, zinc.

Symptoms of mercury poisoning in the endocrine system include:

Mercury also collects in very high concentrations in the jaw bones and the soft tissues of the mouth.

Mixing gold and amalgam restorations in the mouth increases the amount of mercury vapour given off several folds and placing gold crowns over amalgam cores particularly drives mercury into the surrounding bone.

Symptoms of mercury toxicity in the mouth include:

The Ears: Hearing and Balance

Mercury accumulates in the many sensory nerves of the ear that serve hearing and balance.

The quality of the hair and nails is also adversely affected causing:

The Nose and Sinuses

Some of the mercury vapour from amalgam fillings adheres to the lining of the nose and sinuses from where it can be transported directly into the brain and cause the following symptoms:

Mercury collects within the eyeballs themselves leading to the appearance of ‘floaters’ (dark cloudy areas), but also adversely affects the muscles controlling focusing of the eyes and lens and the sensory nerves of the retina itself leading to:

Much of the mercury from dental amalgams is swallowed along with foods or in the saliva and the digestive system is usually one of the first areas of the body to be affected. Mercury binds with and blocks the actions of digestive enzymes leading to poor digestion and the development of food intolerances.

It also alters the normal gut bacteria, favouring the overgrowth of yeasts (most commonly Candida albicans) and suppressing the growth of ‘friendly’ bacteria which can lead to the development of intestinal permeability or a so-called ‘leaky gut’.

Digestive symptoms of mercury poisoning include:

The immune system is one of the first casualties of mercury toxicity. It causes a reduction in the number of natural killer (NK) cells which are responsible for policing tumours and viruses leading to the development of chronic viral infections and cancer.

The effects of mercury toxicity upon the immune system include:

Last, but not least, mercury particularly accumulates in the mitochondria (‘powerhouses’) of the cells where it poisons energy production. The presence of mercury in the circulation and the effects on energy production lead to:

If you have concerns about your dental amalgams seek out a qualified and well trained holistic dentist who understands about the impact of mercury on your health.