What is dental healing? 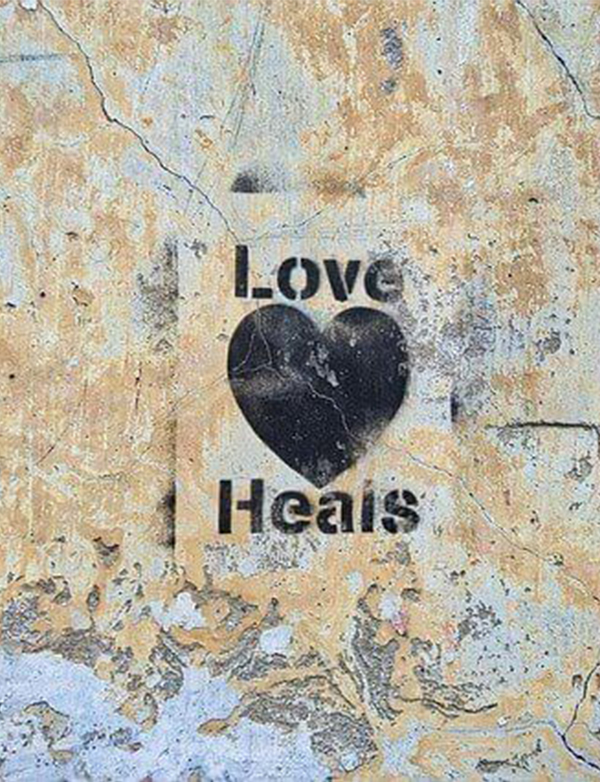 A Dentist and Dental Healing!

Why is it that we say my broken arm has healed yet, on the other hand, say that the doctor cured my cancer, allergies, headaches etc.? The former acknowledges the amazing magical abilities of the body to repair and regenerate itself whereas the latter believes that it is the medical techniques that stop or apparently reverses the disease, symptom or ailment.

These expressions could simply be a quirk of language or possibly they are due to a deeper inner knowing that realises that there is a difference between a cure and true healing.

“Treating a disease or illness to alleviate or reduce its symptoms is what we commonly refer to as a cure and should not be confused with true healing. A cure appears to relieve or in some cases remove the symptoms of a condition but it does so without dealing with the root cause or energy that created it initially. A true healing change transmutes or releases the patterns or energy that created the illness and therefore addresses the root cause.”

With a cure, the symptoms may have ceased to exist yet the emotional issue or root cause remains in the body where it is capable of causing more disease. It is yet to be proven that most disease is caused by energetic disturbances that are stored within the cells of the body.

The energetic disturbance can be either emotional or mental in origin or both and is otherwise referred to as pranic energy or prana. Once within the cells, the pranic disturbance causes either a stagnation (blockage) or an excess (overstimulation) of energy flow in that area of the body. It is this, the stagnation or excess of energy that ultimately manifests as a disease in the physical body.

If the energetic disturbance is not corrected it will lead to more disease and illness in the body. As the body is designed to be in harmony and free of disease it will seek other avenues in which to release these trapped energies.

This occurs either as a secondary condition such as another illness or a tumour or is released via the skin, bones and teeth. In this way, a further opportunity for true healing is created so long as the root cause and not only the secondary condition is addressed. (For a more in-depth explanation see Illness and Disease or Wellness and Vitality).

“Dentistry like medicine was originally a healing art, which observed, diagnosed and treated the body as a whole. However over time due to the pressures of science and technology and a compartmentalised approach to the human body dentistry has become relegated to little more than fixing broken, damaged, decayed, infected or disfigured teeth.”

Both medicine and dentistry have become ever more perceived as having areas of specialty which focus on treating specific yet so-called separate areas of the body.

Consequently, dentistry has specialists in extractions, root fillings, prosthetics, gums, crowns and bridges and cosmetic dentistry and so on.

The general dentists’ role at present focuses largely on diagnosis, treatment of painful conditions and routine maintenance of the teeth, gums and their supporting structures. Thus the objective of modern dentistry is frequently based on relieving symptoms and producing a cure.

A Healthy Mouth For A Healthy Life

The mouth and teeth are somewhat considered as disconnected to and unaffected by the rest of the body and any illness, diseases or imbalances therein. However, the whole body is connected, with no one part working in isolation from another. The mouth and teeth have a very rich nerve, blood and lymphatic supply linking them physically to the rest of the body. Furthermore, the teeth also sit on meridian pathways (a network of electrical circuits in the body) and are energetically connected to organs and tissues via energy centres or chakras.

Thus any imbalances, energetic blockages or excesses in the bodily organs and tissues can potentially affect the teeth and jaws and vice versa. If the body is unable to heal at the source of the energetic disturbance it can seek other avenues in which to release the energy and therefore achieve true healing. The body releases energy, emotions, illnesses and karma out of an area through the bones and into the teeth and jaws where it manifests a dental decay, infection, gum disease, impacted and cracked or broken teeth, jaw joint dysfunction and pain and so on. It is the dentist who by being in the divine firey energy of the soul and applying esoteric knowledge and wisdom can facilitate true healing by releasing and transmuting the energy from the dental structures and subsequently from the originating organ or tissues.

Dental healing assists the body to heal from a root cause which could not be addressed in any other way as the teeth are always the end-stage manifestation of a condition or energetic disturbance. Without the application of the above techniques, the pranic/emotional energy is unable to fully release from the teeth and instead remains in the body where it can manifest as an illness or condition from which a person is most unlikely to recover.

By being in a state of gentleness, stillness and grace the dentist can allow a person to relax, be open and surrender instead of closing off and shutting down out of fear or anxiety. In this way deeply held energetic patterns can be released assisting the patient to have true dental healing and dentistry can once again return to being the healing art it was originally meant to be.