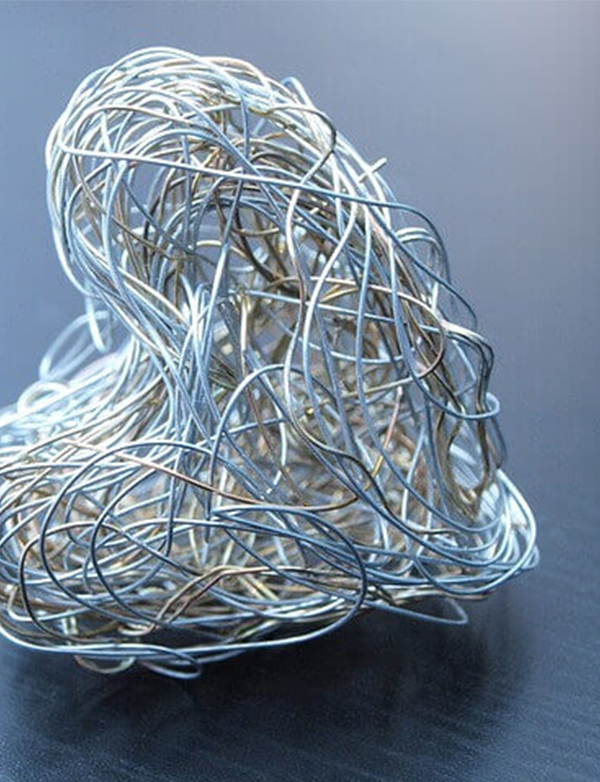 Zinc and health go hand in hand. Zin is an essential trace mineral and he averages adult body contains between 1.5g and 3g of zinc with approximately 60% of this in the muscles, 30 % in the bones and 6 % in the skin. The highest concentrations of zinc are in the prostate gland and sperm in men, and in red and white blood cells. The retina of the eye, liver and kidneys and hair also have high concentrations of zinc.

What Does Zinc Do?

As part of the enzyme copper-zinc superoxide dismutase, zinc acts as an antioxidant and helps to protect cells and other compounds against the effects of free radicals. Zinc is vital for the normal structure and function of cell membranes. It is vital for the formation of connective tissue, teeth, bone, nails, hair and skin. Zinc may play a role in calcium uptake in bone and modulate the effects of growth hormones.

Zinc is considered one of the most important nutrients for the immune system as it is necessary for the healthy antibody, white blood cell, thymus gland and hormone function. It is therefore vital in maintaining resistance to infection and in wound-healing. Zinc is necessary for the secretion, synthesis and utilization of insulin. It also protects the insulin-producing pancreatic beta cells against destruction. Zinc is also involved in the metabolism of the pituitary, thyroid and adrenal glands, the ovaries and the testes. It is vital for healthy male sex hormone and prostate function.

Zinc is essential for normal fetal growth and development, and for milk production during lactation. Maternal zinc levels are linked to the proper formation of the palate and lip, brain, eyes, heart, bones, lungs and urogenital system of the baby. Adequate zinc is necessary for normal growth, birth weight and completion of a full-term pregnancy. Zinc is necessary for the production of brain neurotransmitters. Healthy liver function and release of vitamin A from the liver both require zinc.

Zinc is also necessary for the maintenance of vision, taste and smell and is the most abundant trace mineral in the eye. It is involved in the production of hydrochloric acid in the stomach and in the conversion of fatty acids to prostaglandins, which regulate body processes such as heart rate and blood pressure. Zinc is necessary for muscle contraction and maintaining acid-alkaline balance and it also helps detoxify alcohol.

Sources of Zinc for Health

Zinc is available from animal and fish sources as these high protein foods contain amino acids which bind to zinc and make it more soluble. Zinc from vegetables, fruits and cereals is less well absorbed as these foods contain compounds such as phytates and oxalates which binds zinc and reduces the amount available for absorption. Food additives and chemicals used in food processing can also reduce zinc absorption as can large amounts of textured vegetable protein.

Zinc absorption decreases with age, people over 65 may absorb half as much zinc as those between 25 and 30 years old. Excretion of zinc is mainly via the faeces but some are lost in the urine. Excessive sweating can cause losses of up to 3 mg per day. Zinc is not well stored in the body and a reduction in dietary intake leads to deficiency fairly quickly. Plasma or serum zinc levels may not reflect body levels. Red or white blood cell measures of zinc may be the most accurate way to assess body stores.

Alcoholic liver disease, trauma such as burns or surgery, stress, weight loss, chronic infections, viral hepatitis, diabetes and some kidney diseases can increase zinc requirements and increase the risk of deficiency. Athletes often have an increased need for zinc. Diseases of the gastrointestinal system such as inflammatory bowel disease and celiac disease, also reduce zinc absorption and may lead to deficiency symptoms. Zinc levels are low in people suffering from sickle cell disease and fat malabsorption disorders.

Zinc intakes in the elderly tend to be much lower than the RDA. This is due to reduced intake, reduced absorption, the use of medications which affect zinc, and the presence of disease states which alter zinc usage. Zinc deficiency can contribute to poor appetite, slow wound-healing, loss of taste and reduced immune system function.

Alterations in zinc metabolism are seen in people with both Types I and Type II diabetes. Response to insulin may be decreased and excretion of zinc in the urine is increased.

Low blood zinc levels are associated with an increased risk of cardiovascular disease. There is evidence that zinc can protect the inner lining of blood vessels from damage and help prevent atherosclerosis. This may be due to its membrane-stabilizing, antioxidant and anti-inflammatory properties.

Low levels of zinc have been found in sufferers of the eating disorder, anorexia nervosa. And this complex disorder may be exacerbated by zinc deficiency. Initial dieting may lead to a deficiency which then reduces the senses of taste and smell, thus exacerbating poor appetite.

The symptoms of premenstrual syndrome PMS may be exacerbated by zinc deficiency. Research shows lower zinc levels in the luteal phase (latter half) of the menstrual cycle in PMS sufferers.

Immune function is affected by zinc deficiency, which results in a decrease in the numbers of several types of T cells, natural killer cells and other components of the immune response. This leads to increased susceptibility to infection and wound-healing time.

Diets low in zinc may slow adolescent bone growth and increase the risk of osteoporosis later in life. Zinc excretion appears to be increased in osteoporosis sufferers, probably as a result of increased bone breakdown.

Zinc levels may also be lower in people with asthma.

Periodontal (gum) disease may also be related to zinc deficiency.

Zinc supplements may be best taken first thing in the morning or two hours after meals to avoid the inhibition of absorption by other food constituents. However, taking the supplements with meals helps to reduce nausea which occurs in some people who take zinc on an empty stomach.

Zinc supplementation improves immune function in those who are deficient. It increases the activity of the thymus gland, improves antibody responses and enhances the functioning of white blood cells. It has been shown to inhibit the growth of bacteria and possibly viruses. Zinc supplements have also been shown to boost levels of interferon, a protein which is formed when cells are exposed to viruses and which helps to fight infection.

There have been several studies of the effect of zinc lozenges on treating the common cold where it reduces the severity and duration of cold symptoms especially if the lozenges are started immediately after the onset of symptoms.

Zinc can also be used to enhance wound-healing and both oral and topical preparations have shown benefit. Taken before and after surgery, zinc supplements may speed recovery time.

Zinc supplementation in those who are deficient during pregnancy has been shown to improve birth weight and head circumference.

Zinc is vital for normal skin function and has been used externally to treat acne, eczema, psoriasis and rosacea.

Studies have shown that zinc may be of benefit as part of the therapy for anorexia nervosa by improving taste perception and sense of smell which occur as the disease progresses. Zinc supplements have been found to increase the weight gain of anorexia patients.

Zinc supplements have been used to improve taste perception in people taking medications which reduce taste sensation and in cancer patients undergoing radiation therapy. This can be valuable in helping to maintain normal weight and nutrient intake during treatment.

Zinc supplements may play a role in the treatment of benign prostatic hyperplasia (BPH), an enlargement of the prostate gland seen in 60 % of men between 40 and 59 years of age. Zinc treatment, in the form of zinc picolinate or zinc citrate, may be beneficial in reducing the enlargement of the prostate and to reduce the symptoms. The beneficial effects of zinc may be due to its involvement in hormonal metabolism. Zinc inhibits the conversion of testosterone to a more active form, which causes overproduction of prostate cells. It also inhibits the binding of hormones to receptor cells. Zinc also acts to lower levels of another hormone, prolactin, which controls the uptake of testosterone into the prostate. Increasing zinc levels, therefore, restricts the actions of the hormones and leads to a reduction in prostate size.

Zinc supplementation appears to relieve symptoms of inflammatory bowel disease (IBD) such as reduced appetite, suppressed immunity and impaired taste. IBD patients may not be able to absorb zinc properly, and as oral supplementation does not always appear to improve symptoms, intravenous zinc may be necessary. Zinc supplements have also been used to treat celiac disease.

Topically administered zinc acts as an astringent and a weak antiseptic. It is also used in eye drops to treat eye inflammation and as a mouthwash to inhibit plaque growth and protect against tooth disease and fungal and bacterial infections.