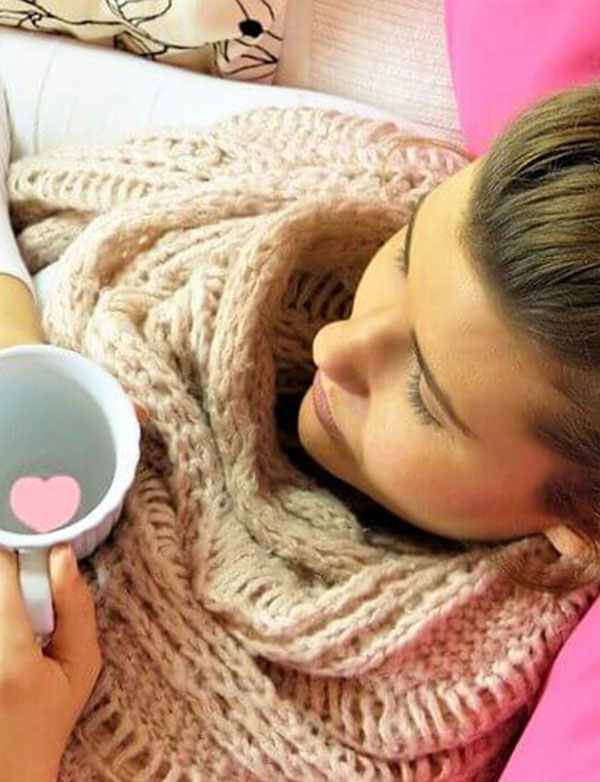 The immune system is essential for good health it plays a vital role in protecting the body from the vast numbers of disease-causing organisms and other substances it comes into contact with.

The role of the immune system is to distinguish between normal body cells and foreign or abnormal cells. Immune balance is the key as overactivity leads to allergies and autoimmune diseases and under activity increases the risk of infections. The immune system is also vital for recognising and destroying cancer cells.

What Is The Immune System

The immune system is composed of specialized tissues, organs, cells and chemicals that identify and destroy foreign invaders. The skin and mucous membranes form a barrier against unwanted organisms and substances. Immune cells include white blood cells such as T lymphocytes, which have many functions and control other immune cells; and B lymphocytes, which produce antibodies. There are also natural killer cells and scavenger cells known as monocytes and macrophages, which engulf foreign particles. The cells of the immune system also produce substances such as interferon, which has anti-viral effects.

An autoimmune disease is one in which the immune system mistakenly attacks the body’s own tissues. Some of the most common autoimmune diseases include arthritis, systemic lupus erythematosus (SLE), Hashimoto’s thyroiditis and inflammatory bowel disease. Autoimmune diseases may have a genetic component and may also be caused by infections and injuries. Stress and emotional factors, diet and lifestyle also seem to contribute to autoimmune conditions.

An allergy is an inappropriate response by the immune system to a substance that is usually harmless. There are many causes of allergy, the most common being airborne particles such as mould, dust and pollen, certain foods, chemicals and drugs. Allergic responses play a role in many disorders, including asthma and hayfever and digestive disorders.

Nutrition plays a vital role in the functioning of the immune system and a poor diet increases the susceptibility to infection and exacerbates autoimmune diseases. Even single nutrient deficiencies can compromise the immune system. Infections also increase the demand for nutrients to help fight infection and repair the damage to tissues.

The effectiveness of the immune system declines with age and the elderly are often more susceptible to infection.  Recent studies have shown that supplementing the elderly with single nutrients or mixtures of vitamins and minerals at levels that exceed the RDAs significantly improves certain components of the immune response.

Vitamin A is vital for the development of the body’s barriers to infection and stimulates and enhances many immune functions, including antibody response and the activity of various white blood cells such as T helper cells and phagocytes. This immune-enhancing function promotes healing of infected tissues and increases resistance to infection. Episodes of acute infection may deplete body stores of vitamin A this suggests that vitamin supplements may be required during infection.

Vitamin A supplements have been used to enhance resistance to infection and to treat measles and respiratory infections.

Beta carotene has been shown to stimulate and enhance many immune system processes. It increases the numbers of immune cells such as B and T lymphocytes and may enhance natural killer cell activity. T cells play a very important role in determining the immune status and are produced by the thymus gland, which is particularly sensitive to free radical damage. Beta carotene protects macrophages, white blood cells which engulf and destroy foreign substances. It also facilitates communication between immune cells and makes the stimulatory action of interferon on the immune system more powerful.

Vitamin C is critical to immune function as it is involved in antibody production and white blood cell function and activity. Other functions include the production of interferon, an antiviral and anticancer substance. Vitamin C requirements are raised when the immune system is under stress. Vitamin C has also been shown to help the immune system recover from exposure to toxic chemicals. Vitamin C may reduce the duration of the common cold and also the severity of symptoms such as sneezing, coughing and sniffling. Its use as a cold treatment is controversial but it seems to have several effects, including reducing blood levels of histamine which can trigger tissue inflammation and a runny nose. It may also protect the immune cells and surrounding tissue from damaging oxidative reactions that occur when cells fight bacteria.

Vitamin E is essential for the maintenance of a healthy immune system as it protects the thymus gland and circulating white blood cells from damage. Vitamin E is particularly important in protecting the immune system from damage during times of oxidative stress and chronic viral illness.

Selenium is important in maintaining resistance to disease. As part of the antioxidant enzyme, glutathione peroxidase, it may enhance immune function by protecting white blood cells from free radical damage. It also appears to increase antibody production, and accelerate the production of white blood cells and enhance their effectiveness in attacking and destroying harmful microorganisms.

B vitamins are also essential for the functioning of a healthy immune system. Vitamin B6 plays a vital role in maintaining a healthy immune system by affecting functions such as cell multiplication and antibody production. Many different aspects of the immune system are affected by vitamin B6 deficiency including the quality and quantity of antibodies and the number of white blood cells. Vitamin B12 deficiency leads to reduced numbers of white blood cells which cause increased susceptibility to infection. Biotin deficiency also affects the functioning of the immune system. Pantothenic acid is necessary for the synthesis of antibodies and is also involved in wound healing. Supplements have been used to boost immunity during viral infections and to speed up wound healing.

Vitamin D is involved in the regulation of the immune system. It has several functions, including effects on white blood cells known as monocytes and lymphocytes, and seems to suppress some immune functions. Because of its effects on the immune system, many researchers are investigating the possibility of using vitamin D and related compounds to treat autoimmune disorders and to suppress the rejection of transplanted organs.

Copper is important in developing resistance to infection. Copper deficiency can lead to reduced resistance to infection as white blood cell activity and cellular immune responses are reduced. The ratio of zinc to copper may also affect immune system effectiveness. Susceptibility to disease seems to increase when copper intake is high and zinc intake is low.

Iron is involved in the maintenance of a healthy immune system and the immune response can be impaired in iron-deficient people. Chronic yeast infections and herpes infections may be more common in people who are iron-deficient. Certain types of immune cells rely on iron to generate the oxidative reactions that allow these cells to kill off bacteria and other pathogens. When iron levels are low, these cells cannot function properly.

However, iron is an important nutrient for bacteria and in conditions where iron levels in the tissues are too high, such as the iron overload disorder haemochromatosis, defense against bacterial infections may be impaired. Excess iron can also generate free radicals which can damage the immune system.

Zinc is considered one of the most important nutrients for the immune system as it is necessary for the healthy antibody, white blood cell, thymus gland and hormone function. It is therefore vital in maintaining resistance to infection and in wound-healing. Immune function is affected by zinc deficiency, which results in a decrease in the numbers of several types of T cells, natural killer cells and other components of the immune response. This leads to increased susceptibility to infection and wound-healing time.

Zinc supplementation improves immune function in those who are deficient. It increases the activity of the thymus gland, improves antibody responses and enhances the functioning of white blood cells. It has been shown to inhibit the growth of bacteria and possibly viruses. Zinc supplements have also been shown to boost levels of interferon, a protein which is formed when cells are exposed to viruses and which helps to fight infection.