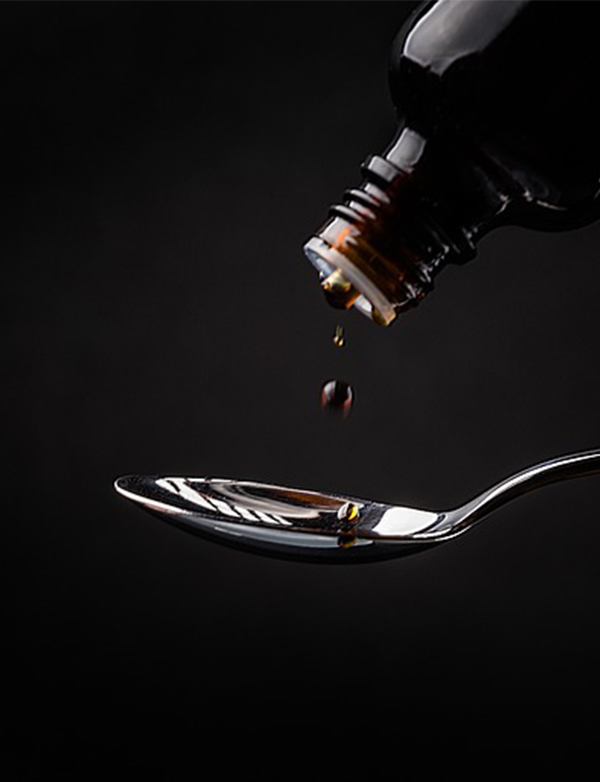 Without sufficient iodine, the thyroid gland is unable to make thyroid hormones in adequate amounts. Iodine is an essential part of our diet as it supports proper thyroid function.

What Happens If You Lack Iodine

Iodine deficiency can, lead to hypothyroidism and goitre formation (the thyroid enlarges in an attempt to make more thyroid hormone).

Other possible factors include subclinical infections, gluten intolerance, mercury and food allergies. Studies have shown that people who are iodine deficient have an increased incidence of antithyroid antibodies.

Supplementing with iodine reduces the incidence of goitres and mental retardation. Iodine has been used to effectively treat autoimmune thyroid disease for over 100 years. Iodine and thyroid hormone have a synergistic action in hypothyroidism and our most effectively given together if iodine deficiency exists.

30% of people already on thyroid hormones who are subsequently shown to be iodine deficient will have to lower their dose when iodine is added.

Iodine is one of a group of similar elements known as halogens also including bromine, chlorine and fluorine (fluoride). Because they are all of a similar shape, they compete with iodine for binding in the body, particularly the thyroid gland.  Unfortunately, the other elements are toxic to the body and worsen an iodine deficient problem. They can all, therefore, cause hypothyroidism.

Bromine is used as an antibacterial agent for pools, as a fumigant in agriculture, as a pesticide, in some pharmaceuticals, in some bakery products, and in some carbonated drinks as ‘brominated vegetable oils’.

Fluoride is added to many water supplies, toothpaste and some common medications (the antidepressants Paxil and Prozac) and causes more harm than good. The benefit of fluoride to teeth is now being questioned while it has been linked to behavioural disorders, hypothyroidism, hip fractures, bone cancer and kidney damage.

Chlorine is added to drinking water and has been linked to heart disease and cancer.

Most of us are deficient in iodine and in a constant state of toxicity from the other halogens. The good news is that if iodine is present in sufficient amounts, the other halogens cannot affect the thyroid and are excreted from the body.

Iodine has also been shown to increase the secretion of other toxic heavy metals such as mercury and lead.

It takes about 6mg of iodine per day to saturate the thyroid hunger for iodine and therefore allows iodine to be delivered to other tissues. The breasts require a further 5mg.

The Japanese consume about 12 – 14 mg per day of iodine from seaweed. Intake in other countries is probably about 1/10 of the Japanese amount.

Adequate iodine therapy may reverse early cancer cells and carcinoma-in-situ of the breast as well as fibrocystic breast disease.

How To Use Iodine

Iodine can also be used topically also for the following conditions (just remember it stains):

Am I at risk from Iodine Deficiency?

Testing for iodine deficiency is easily done by measuring the amount of iodine excreted in a 24-hour urine test after a loading dose of iodine from Lugol’s iodine. Ask your doctor for the test.

Women with fibrocystic breast disease, carcinoma in-situ of the breast and breast cancer should especially have this test.  They should also ensure they are not hypothyroid.

If you are iodine deficient and about 90% of the population is, supplementing with a few drops of Lugol’s per day (as guided by the test results) is a very effective solution. Take the iodine in water or herbal tea, do not take it in juice or other acidic liquid because the acid oxidises the iodine to iodide and the benefit of iodine is lost. Retesting after a few months will determine the correct dose.

Iodine is the safest of all essential trace elements and can be supplemented in high dose for long periods if required.

However, do not use Lugol’s iodine unless you have been shown to be deficient. Excessive doses of iodine can have a paradoxical effect on the thyroid and induce low thyroid function. If the body is saturated with toxic halogens, detoxification can rarely occur on starting iodine, which can include fatigue, muscle aches and diarrhoea.