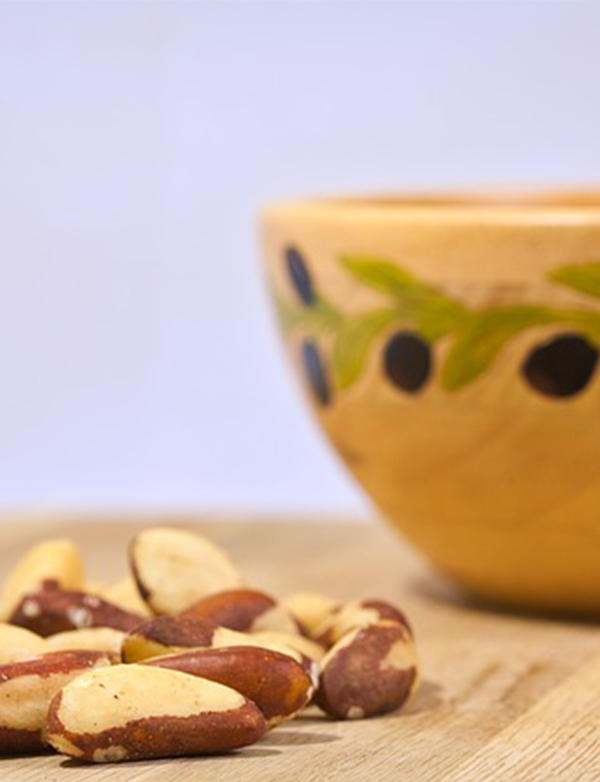 Selenium is a trace mineral with a multitude of benefits that are essential for good health. Unfortunately, it is frequently deficient in our diet because of soil deficiencies caused by acid rain. The soil acidification alters the ability of the selenium to be assimilated into plants.

The richest sources of selenium are garlic and brazil nuts.

Research has shown that people who live in selenium-deficient regions of the world have significantly increased rates of cancer, infections and inflammatory diseases.

Selenium is a trace mineral that is essential to good health but required only in small amounts. Selenium is incorporated into proteins to make selenoproteins, which are important antioxidant enzymes. The antioxidant properties of selenoproteins help prevent cellular damage from free radicals. Free radicals are natural by-products of oxygen metabolism that may contribute to the development of chronic diseases such as cancer and heart disease Other selenoproteins help regulate thyroid function and play a role in the immune system

Selenium also can be found in some meats and seafood. Animals that eat grains or plants that were grown in selenium-rich soil have higher levels of selenium in their muscle.

Selenium occurs in staple foods such as corn, wheat, and soybean as selenomethionine, the organic selenium analogue of the amino acid methionine. Selenomethionine can be incorporated into body proteins in place of methionine and serves as a vehicle for selenium storage in organs and tissues. Selenium supplements may also contain sodium selenite and sodium selenate, two inorganic forms of selenium. Selenomethionine is generally considered to be the best absorbed and utilized the form of selenium.

What is the health risk of too much selenium?

Selenium toxicity is rare a tolerable upper intake level (UL) for selenium is 400 micrograms per day for adults.

The importance of selenium

Selenium is important because it combines with proteins to form selenoproteins, which are powerful antioxidants. Supplementation of selenium up to 200mcg/day is recommended.

Selenium deficiency is an important factor in the following illnesses:

Selenium supplementation can improve symptoms of rheumatoid arthritis (RA) patients with RA are often found to be low in selenium. Using selenium for 3 months can reduce tender and swollen joints and lessen morning stiffness. It also leads to a reduction in inflammatory markers and the requirement for anti-inflammatory medication.

Selenium is a potent chelator of mercury (it binds to it and removes it from the body). Mercury exposure can, therefore, lead to a selenium deficiency. Selenium is used in any mercury chelation programme, however, the mercury: selenium compound tends to be stored and not excreted. Glutathione and adequate protein/amino acids should also always be used in any mercury detox programme because the compound of glutathione:selenium:protein: mercury can be excreted.

Individuals with higher selenium levels or greater intake of the mineral have a lower risk of coronary heart disease.

Selenium works with vitamin E to protect unsaturated fatty acids in membranes and cells from oxidation. Research has also shown a powerful anti-cancer benefit from selenium. In just about all animal studies, selenium reduced cancer incidence and tissue changes that lead to cancer. Selenium activates the DNA repair mechanisms that help cells protect themselves against cancer and also induces programmed cell death in cancerous tissue.

Selenium is a very powerful antioxidant, it helps protect the skin from aging, especially effective against liver or age spots.

Low selenium levels over time are associated with a decline in cognitive function.